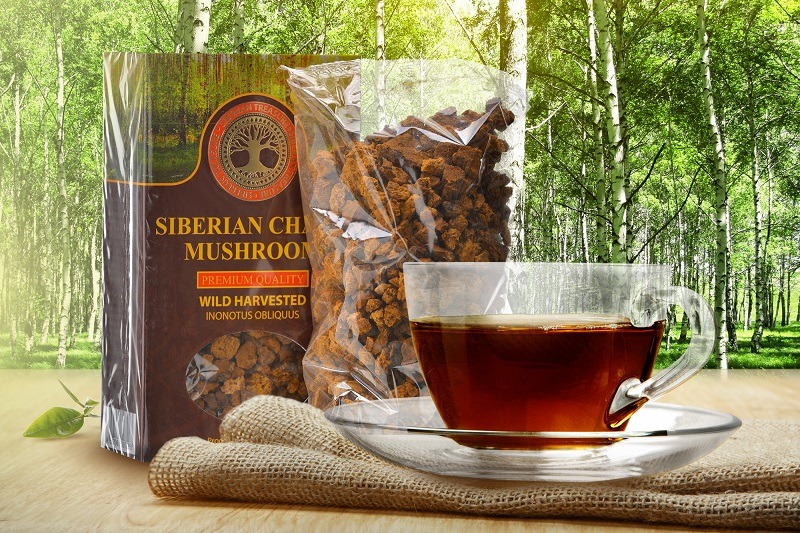 The early use of Chaga mushroom in Russia shows that Chaga mushroom contains very beneficial medical properties. Around the 12th century in Russia, a Tzar Vladmir Monamakh linked the healing of his tumor to the use of Chaga mushroom. It also became popular in the then Russia as an endurance booster as hunters used it to increase their strength. In ancient Siberia, the Khanty tribe consumed Chaga mushroom in very creative ways. One, it was used to solve indigestion. Also, it was also employed as a detox. Other ways the Khanty tribe of Western Siberia used Chaga mushroom was as a bathing soap to utilize its anti-inflammatory agents and it was also smoked (as it was widely believed it could help with the cancer of the lungs). Chaga mushroom grows on birch and trees. Chaga is scientifically known as Inonotus obliquus.

This is another healthy property you would find in Chaga mushroom. Beta-glucans could be used to enhance any immune-related issues in the body. Beta-glucans are known to aid the body in the quicker detection of cancerous cells. With the recommended ingestion or consumption of beta-glucans, you can be sure of the total elimination of any cancerous cells in your body.

Now that you know the many beneficial properties of Chaga mushrooms, let’s look at the many ways Siberian Chaga Mushroom is good for the body:

The Siberian Chaga Mushroom can indeed in the total suppression of cancer. What that means is that it does not allow cancerous cells to grow in your body.

With the regular consumption of Siberian Chaga Mushroom, your immune system is strengthened against all kinds of infections and diseases. That means you will have to suffer system easily.

Siberian Chaga Mushroom is highly recommended for people with high blood pressure. The antioxidant properties in Chaga mushroom ensure you do not falls victims to high blood pressure related issues like strokes and heart attacks.

Before you start using Chaga Mushroom, you should definitely consult a physician.

This blog Siberian Treasure is not intended to provide diagnosis, treatment or medical advice. Content provided on this blog is for informational purposes only. Please consult with a physician regarding any medical or health related diagnosis or treatment options. The claims made about specific products throughout this blog are not approved to diagnose, treat, cure or prevent disease.

No products in the cart.